News items about practice and research into recovery approaches from around the world.

Enrolment opens for pioneering mental health recovery courses in East Sussex
People in East Sussex who experience mental health issues can now enrol for free self-care educational courses run by the Recovery College.
The Recovery College is a joint venture between Sussex Partnership NHS Foundation Trust and local voluntary organisations. The courses allow people to become experts in their self-care and recovery through education and learning. They’re also open to their supporters and carers.
Courses are co-produced and co-run by peer trainers with personal experience of mental health challenges, alongside mental health professionals. A prospectus details the wide range of courses available, and students receive a certificate on completion.
Lucy Locks, Trust Lead for Sussex Recovery College said, “We believe the Recovery College will increase the skills and knowledge of people in the community to manage their mental health and wellbeing. It uses an educational approach to enable people to take back control and become experts in their own wellbeing and recovery so as to live a fulfilling life despite and beyond mental health challenges.” Rye and Battle Observer, 12th January 2015

More than Half of UK Antipsychotic Prescribing is Not for Authorized Conditions
More than half of the prescriptions for antipsychotic drugs in the UK are being issued “off-label” to treat conditions other than those for which the drugs are approved, according to a large study published in the British Medical Journal Open. Researchers also found significantly higher levels of prescribing of the medications to poorer people.
The team of University College London researchers examined instances of nearly 48,000 people in the UK receiving antipsychotics between 2007 and 2011. Most of these people were not being given the drugs as treatments for schizophrenia, psychosis or bipolar disorders for which the drugs have been studied and approved by the government, the researchers found, but for other conditions, such as anxiety, depression, dementia, sleep and personality disorders.
“The prescribing rate was significantly higher in women than in men, and people aged 80 and above were more than twice as likely to be treated with an antipsychotic as those aged 40-49,” stated a press release about the study. “Those living in areas of deprivation were more than three times as likely to be prescribed one of these drugs as those living in areas of affluence.”
Less than half of UK prescriptions for antipsychotics issued for main licensed conditions (BMJ-British Medical Journal press release on ScienceDaily, December 18, 2014)
(Abstract) (Full text) (Marston, L. et al. Prescribing of antipsychotics in UK primary care: a cohort study. BMJ Open. December 18, 2014. DOI: 10.1136/bmjopen-2014-006135)
Mad in America (USA), January 4th, 2015 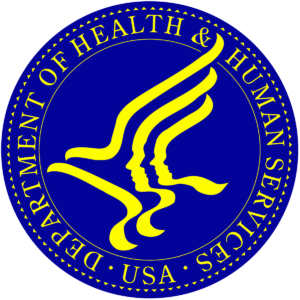 Recovery From Mental Health Disorders Is Possible, Stresses the U.S. Department of Health and Human Services Recovery is possible, says the HHS source, as seen in countless research results that show how many people get better and recover completely especially if the important dimensions of recovery are provided for and needs are met.  In addition to this, MentalHealth.gov has provided some information about recovering from mental illness, as seen below:
What is Recovery?
Recovery from mental disorders and/or substance abuse disorders is a process of change through which individuals:
- Improve their health and wellness
- Live a self-directed life
- Strive to achieve their full potential

Four Dimensions of Recovery
Four major dimensions support a life in recovery:
Health: Make informed, healthy choices that support physical and emotional wellbeing.
Home: Have a stable and safe place to live.
Purpose: Engage in meaningful daily activities, such as a job or school, volunteering, caring for your family, or being creative. Work for independence, income, and resources to participate in society.
Community: Build relationships and social networks that provide support.
Develop a Recovery Plan
If you are struggling with a mental health problem, you may want to develop a written recovery plan.
Recovery plans:
- Enable you to identify goals for achieving wellness
- Specify what you can do to reach those goals
- Include daily activities as well as longer term goals
- Track any changes in your mental health problem
- Identify triggers or other stressful events that can make you feel worse, and help you learn how to manage them
Information from MentalHealth.gov. Youth Health Magazine (USA), 3rd January 2015

Revolutionary shift in treating mental health problems  An innovative new way of assessing a person's recovery from mental health problems has been developed by the mental health charity Penumbra and Abertay University.
Unlike most assessments which contain long lists of questions, I.ROC – the Individual Recovery Outcomes Counter – is a colourful little booklet full of cheerful graphics.
Its innovation lies in the fact that it measures recovery, rather than symptoms and level of illness – the focus of most existing questionnaires.
Recovery is the ability to live a meaningful and fulfilling life in spite of mental illness, and I.ROC measures this by asking just 12 questions which focus on areas of people's lives that are known to have an impact on mental health and wellbeing.
These include how much control a person has over decisions that affect them, how much they value and respect themselves, and how much hope they have for the future.
Every three months, each of these 12 indicators of wellbeing is rated by the user on a scale of one (never) to six (always), and plotted onto the I.ROC chart.
When the plotted dots are joined together, it gives that person an instant, visual appraisal of their wellbeing and shows them where they can make small, practical changes in their lives that will, over time, add up to sustained and measurable improvements. Medical Express (UK), 30th December 2014

Can People Recover From Mental Illness? In many of my previous blog posts, I've mentioned that I am in recovery from bipolar disorder. While making a statement like this is quite natural to me, it seems to have created some confusion among some of my readers. Questions arise such as, "I thought that mental illness is a chronic condition. How can you say you've recovered?" One reader even told me that I can't possibly be in recovery, that my medications are just masking my symptoms, and that true recovery involves being medication-free.
The truth is, the definition of recovery is different for everyone. Perhaps herein lies the struggle that my readers have had with this concept. Recovery may be a nebulous term; however, in my mind, when I am speaking of my own recovery, I am talking about how I went from being a person who was locked in hospitals and my room, in bed, unable to care for myself or attend school, or work, to being a person who has a highly productive well-rounded life that includes two jobs, a plethora of healthy relationships, and a life that has purpose and meaning. I am a person who now not only can take care of myself, but also contributes to others, and has made my career by "paying it forward" to the next generation of people who struggle with mental illness.
Huffington Post (USA), 16th December 2014

If psychosis is a rational response to abuse, let’s talk about it Many people consider their “psychotic” experiences a vital survival tool, but above all they need to make sense of their experiences.
There is something of a sea change in the way we understand experiences that have traditionally been labelled as psychotic. In our culture at least, experiences such as hearing voices or seeing visions have long been viewed by the medical establishment as unequivocal symptoms of mental illness. Treatment has tended to focus on the suppression of such “symptoms” using antipsychotic medication.
Research (often funded by drugs companies) has been largely concerned with the brain as a physical organ, rather than with the person within whose head it is housed, or indeed with their life experience. And, because of the presumption that psychotic symptoms are the preserve of mentally ill people, estimates of the numbers affected have been based on the numbers who have received a particular diagnosis.
But a report published last week by the British Psychological Society’s division of clinical psychology, challenges many of these assumptions. Understanding Psychosis and Schizophrenia presents a compelling case for trying to understand psychotic experiences as opposed to merely categorising them. It argues that such experiences can be understood from a psychological perspective, in the same way as other thoughts and feelings, rather than being placed on the other side of an artificial sick/healthy divide. The Guardian (UK) 2nd December 2014

Study finds some schizophrenics do well without long-term antipsychotics Though certainly not an option for all or even most patients, going off antipsychotic meds does seem to work for some who are able to develop coping mechanisms, according to a Chicago study. She was a college senior when she began hearing voices: matter-of-fact ones, at first, observing, "She's early," or "She's late," and then bolder ones blaring messages about politicians, aliens and psychic phenomena. Diagnosed with schizophrenia, she spent a month in the hospital and a year struggling with nearly nonstop hallucinations. At one point, she says, she was taking at least six psychiatric medications, including two strong antipsychotics. But today she's off her medications and doing well, an articulate 30-something with a master's degree and a full-time job at a tech startup."I have a job I really love," she says. "I work for a small company that's trying to get bigger, so I think they like that I'm a little outspoken."
The conventional wisdom is that people diagnosed with schizophrenia, the most severe and disabling mental illness, need to keep taking powerful antipsychotic medications to avoid disastrous relapses. That's the message stressed by the American Psychiatric Association in its treatment guidelines, which allow for some patients to go off antipsychotics but emphasize the risks. And that's an underlying theme of mental health awareness campaigns. But in the last decade, University of Illinois at Chicago professor emeritus Martin Harrow has shed light on a largely hidden subset of schizophrenia patients who stop taking antipsychotics and function relatively well.
Harrow, whose Chicago Follow-Up Study charted the progress of 139 young people with severe mental illness for 20 years, found that at each follow-up assessment, 30 percent to 40 percent of the 70 patients with schizophrenia and related disorders were not taking antipsychotics. And by the fifth year of the study, the schizophrenia patients who were off antipsychotics for extended periods actually were doing better than the patients who were on antipsychotics — perhaps because they had been less ill to begin with. Chicago Tribune (USA), 26th November 2014

Understanding psychosis and schizophrenia A report published today by the British Psychological Society's Division of Clinical Psychology challenges received wisdom about the nature of mental illness. Jacqui Dillon, Chair of the UK Hearing Voices Network, said: "This report is an example of the amazing things that are possible when professionals and people with personal experience work together. Both the report's content and the collaborative process by which it has been written are wonderful examples of the importance and power of moving beyond 'them and us' thinking in mental health". Medical Express (UK) 28th November 2014

Schizophrenics 'likely to die 20 years younger', study finds People suffering from schizophrenia die 20 years younger than those not living with the debilitating mental illness, doctors have warned. Health experts warned many of schizophrenics were dying from preventable, physical illnesses and better awareness was needed to combat the high mortality rate. A report from the Royal College of Psychiatrists (RCP) found many people were not getting crucial healthcare, such as psychological therapies and physical health checks. This pushed the life expectancy of a schizophrenic down by a whole two decades, the report said. The root cause of schizophrenia remains unknown, but genetics, stress, substance abuse and even viral infections can trigger an episode. Schizophrenics can suffer from a wide range of life altering symptoms, such as hearing voices, delusions, paranoia, agitation, plus depression, social withdrawal, apathy and sharp, involuntary movements. ITV News 10th October 2014