paul May 27, 2021 News Comments Off on International Call to Support The Trieste Mental Health Department 2,312 Views

Due to the Covid 19 pandemic, the already dramatic Italian situation consisting in a lack of resources in mental health services, has worsened further throughout all the country. Inaccessible mental health centres, contraction and even suspension of home visits, reduction of voluntary work and social cooperatives.

Nevertheless, it was thanks to the easy and quick access to Mental Health Centres, without waiting lists, that not only the services of Trieste, but those of the whole Region of Friuli Venezia Giulia, had consolidated a national and international recognition and reputation.

The WHO has indicated again, in these days, the Trieste model (which now has become regional) as a global example of an integrated network of community services. This recognition will appear in an important WHO document to be published soon. Responses to people "in real time", with an approach that is not only psychiatric in the strict sense but broadened to respond to the needs of life in its all aspects, respecting and promoting human rights, have been the pillars of Trieste model.

In many other Italian regions, on the other hand, residential structures are spreading, often looking as traditional closed institutions, often privatised and absorbing most of the resources; people are tied up in squalid hospital wards; no home visits are provided; psychotropic drugs are used almost as the exclusive intervention (and often badly); people's daily needs are burdened on families. This is the situation shown a few years ago by the Parliamentary Commission, which instead rewarded our services.

However, despite the multiple awards, the current regional government from the very beginning did not hide the desire to put their hand on the Mental Health Services, and the achievement of the improvement objectives established by the Regional Plan for Mental Health in 2018 became immediately difficult. Listening to the requests of citizens and associations has been also substantially interrupted. There was a reduction in the workforce of all professional figures. The desire to reduce and merge the Community Mental Health Centres became clear, taking a direction which is the opposite to what should be the ultimate goal of a Community Mental Health Service, and so doing blocking the process undertaken during many years, including the functioning of mental health services for 24 hours, with the possibility of welcoming people in crisis in a non-alienating environment. All this has been questioned by re-proposing old hospital wards. This will be achieved with the administrative measures which will break the continuity of the management line.

After the numerous retirements, the management of the facilities, even of the Departments, has been entrusted to staff "acting", or for short periods, with top functions often entrusted "to override" several services. At the same time, the competitions for the directions of the Mental Health Centers were suspended, and they will be reduced. In these days the competitions for leading positions in Trieste and Pordenone have restarted and quite bizarre rankings have come out: all those who were trained by Basaglia’s school have been penalized or excluded, despite years of commitment and excellent curricula, to the benefit of candidates, often unknown, who come from outside the region. We never thought that even in this region the spoils system would reach executive positions, in which skills and public health orientation should be fundamental elements.

We are entrusting our services to psychiatrists completely alien to consolidated - avant-garde experiences, and who, instead, come from backward situations, from psychiatric wards that are often closed and that still use physical restraint. In other words our services will be managed by people offering old-fashioned outpatient or hospitalization models instead of treatment and reintegration programs that respond to the needs of people with mental disorders. These self-defeating choices are harmful not only to the current system, but to citizens in general, and lead the way of the dismantling of the best services created by the psychiatric reform, resulting in the impoverishment and inefficiency of the public service which risks to become progressively privatized throughout Italy.

Citizens must be involved and restart from a strong alliance of users, families, professionals, services, putting together the experiences of yesterday and today before the breakdowns are irreparable and the huge heritage accumulated in 50 years of experience is dispersed. Freedom is therapeutic, it has been said and argued: it is a right, the greatest, for human beings the one which Franco Basaglia has given back to all Italians, closing the asylums and changing the law. For this reason, let's not leave the services alone, and let's prevent the mental health services of the region, from disappearing permanently from the radar, with serious damage for everyone.

Benedetto Saraceno, past director department of Mental Health and Substance Abuse WHO

Previous The right to work: employment and deinstitutionalization
Next SAVE TRIESTE’S MENTAL HEALTH SYSTEM 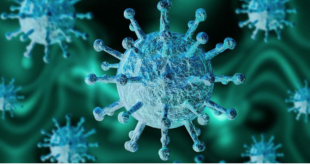