Understanding Psychosis and Schizophrenia: A Report of the Division of Clinical Psychology of the British Psychological Society

This report published in November 2014 provides an overview of the current state of knowledge about why some people hear voices, experience paranoia or have other experiences seen as ‘psychosis’. It also describes what can help. In clinical language, the report concerns the ‘causes and treatment of schizophrenia and other psychoses. In recent years huge progress in understanding the psychology of what had previously often been thought of as a largely biological problem, an illness. Much has been written about the biological aspects: this report aims to redress the balance by concentrating on the psychological and social aspects, both in terms of how we understand these experiences and also what can help when they become distressing.

It is hoped that this report will contribute to a fundamental change that is already underway in how we as a society think about and offer help for ‘psychosis’ and ‘schizophrenia’. For example, the authors hope that in future services will no longer insist that service users accept one particular view of their problem, namely the traditional view that they have an illness which needs to be treated primarily by medication. The report is intended as a resource for people who work in mental health services, people who use them and their friends and relatives, to help ensure that their conversations are as well informed and as useful as possible. It also contains vital information for those responsible for commissioning and designing both services and professional training, as well as for journalists and policy-makers.The hope is that it will help to change the way that we as a society think about not only psychosis but also the other kinds of distress that are sometimes called mental illness. You can read it  here. 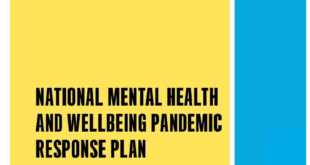